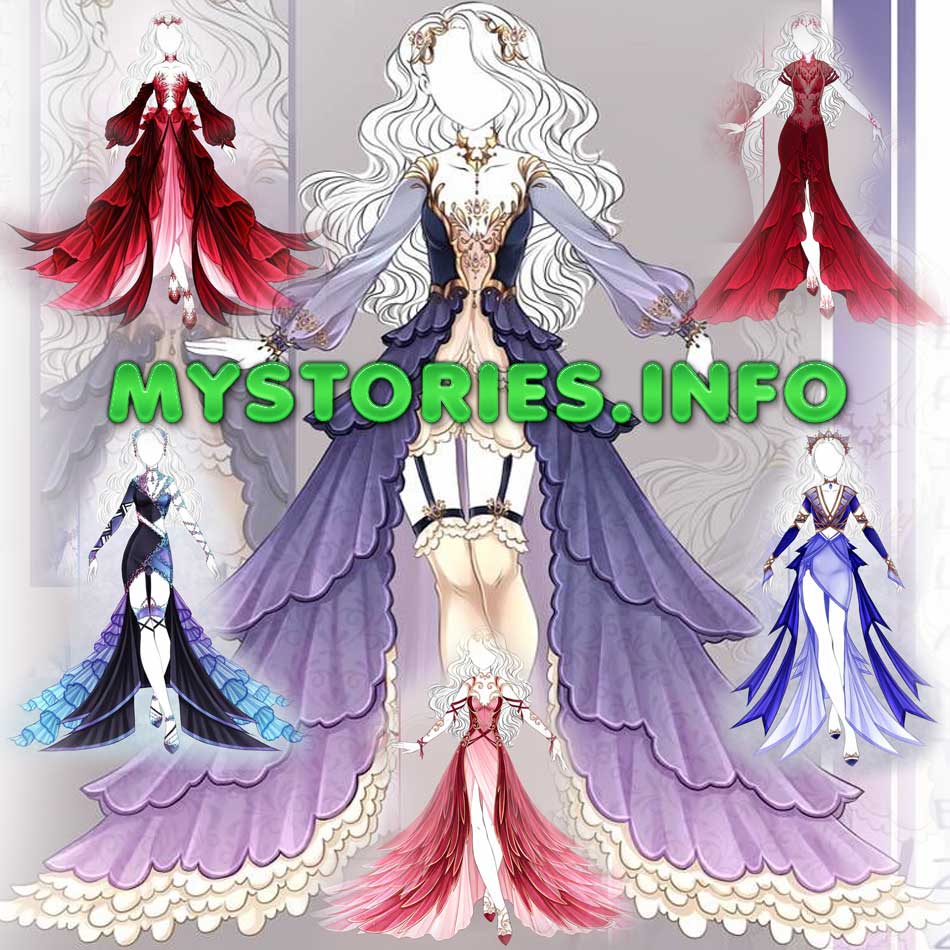 The Most Beautiful Dress Chapter 1

Once upon a time, Banitan City was in a commotion with the celebration of The Most Beautiful Dress. The city party will be held in a few days time and everyone is busy with all the preparations.

Among the busiest is Mrs. Ramos and his daughter Nica. They have hunted beautiful dress all over Banitan city to buy the most beautiful dresses. As is tradition, city parties are held on the last Friday, Saturday and Sunday of May.

Friday night is a Music Festival which is usually a singing contest for individuals, duets and groups. Saturday is Barangay Night where everyone can come for dance night. And Sunday is Gabi ng Kabataan where all young Banitans are invited to formal dances.

The evening will be closed with the presentation of the best dress and the star of the evening. For young people, the award means nothing. All they want is to have fun with their friends.

Towards the Night of the Celebration of the Most Beautiful Dress

On Friday, Mrs Ramos panicked. They found nothing that satisfied him. Either it’s too long, or too short, too simple or too complex, too expensive or too cheap. Finally exhausted from all day searching, he went home.

But as she was about to turn right, she saw from the window the most beautiful dress she had ever seen in her life. Just by looking at it from a distance, he knew he had to have a dress for Nica. He got out of his car and knocked on the house.

”Mrs. Ramos! Good evening. What brought you here?” greeted the woman sounding apprehensive to have such a distinguished visitor at such an unlikely hour.

“”Laura… I mean.. Linda? Isn’t it?” finally recognizing the woman who wash their clothes once a week.

“Oh, thank God, it’s you.. Well, I saw a beautiful dress from your window. I would like to buy it…” said Mrs. Ramos.

“Dress? What dress? I’m not selling any dress….”

“The white dress. I saw it from my car. And by the looks of it, I know it would fit my daughter, Nica…”

“Oh, you mean THE DRESS.. “ Linda laughed a little after realizing what Mrs. Ramos was referring to. “I’m sorry but it isn’t for sale..”

“What?! What do you mean it isn’t for sale? Are you going to do with it if you don’t sell it?”

“Well… Just like you, I have a teenage daughter, too. I made that dress for my daughter Belen. She would wear it to the Gabi ng Kabataan…”

“But… you’re a laundry woman. You mean to tell me that you will let your daughter go to the same dance that my daughter will go to?” Mrs. Ramos couldn’t believe it.

“Yes. In case you don’t know it, it is open to all the young people of Banitan including laundry women’s daughters..” replied Linda who got suddenly became serious.

“Name your price. I’ll buy it. I want that dress for Nica..”

“But you can buy a lot of food with the money I would pay you. Come on, sell it to me. It’s just a dance after all, it would be done in just a few hours but the money will last you a while. You don’t need to let Belen go. Or, take my money and buy something simple and less expensive..”

“No, Mrs. Ramos, I’m not selling. Take your money and buy a dress somewhere else..”

“You don’t understand… I want that dress…”

“Everything is for sale..”

“Are you serious? You’re going to turn down a lot of money so your daughter could attend a dance that would only last for a few hours, and after that, what? You won’t have anything to eat the following day?”

“Mrs. Ramos. Do you have any idea how long it took me to finish that dress?’”

“Two years… For two years, I buy a ball of thread every time I earn extra money. I’ve bought balls after balls of thread until I finally had enough. Then, I started to crochet chain after chain, stitch after stitch until I’ve finished the entire dress. But it didn’t stop there. I bought beads and sequins from the tips I received from my clients and after a very tiring day, I sew bead after bead and sequin after sequin until I finally came up with the dress you saw from the window. The dress you wanted to buy. Don’t you see, Mrs. Ramos? It’s not the money. It’s the effort I put into that dress which I made for my daughter, so, she could wear it.”

“But I want that dress…” Mrs. Ramos said adamantly…

Mrs. Ramos looked at Linda and finally realized the other woman was serious about not selling.

“Very well, then, keep the dress. But after the dance, you surely would regret turning down a lot of money..”

“It’s not even that pretty anyway. I can buy something way way prettier than that..”

“Good luck on that…”

Then, Mrs. Ramos left and Linda closed the door.

The Most Beautiful Dress Chapter 2

Gabi ng Kabataan was the happiest in Belen’s life. Dressed in the beautiful white gown her mother, Linda, made for her, she felt like she was the most beautiful girl in Banitan. For her mother, she indeed was. The two years she spent making the dress was worth it. Belen deserves every single stitch of it.

But Belen’s loveliness was outshone by the arrival of Nica who wore the most expensive dress her mother found in another town. Mrs. Ramos, proud of both her daughter and the expensive dress, looked at Linda and stared her down. But Linda stood her ground and looked back. The two girls, however, were oblivious of their mothers and the antagonism between them. They were both enjoying themselves, and regardless of their dresses, they surely would enjoy the night just the same.

Mrs. Ramos’ money and effort were rewarded when Nica’s was announced the Best Gown. As if she was the one who won, Mrs. Ramos waved at everyone and posed for pictures. But her elation was dampened when Belen was announced as the Star of the Night. Unlike Mrs. Ramos, Linda simply asked someone to take Belen’s picture as a souvenir.

The End of the Best Dress Celebration Evening Event

Finally, the celebration came to an end and Belen and Linda went home tired but happy and relieved. It was over. They learned shortly, however, that it wasn’t over yet. Not for Mrs. Ramos, at least.

The rich woman came over to them and offered, yet again, to buy the dress from Linda. Linda was confused, the party was over, whatever Mrs. Ramos needed the dress for?
‘I want that dress…’

But by the look on Mrs. Ramos’ face, Linda felt that she didn’t simply want the beautiful dress. She wanted that dress destroyed. She wanted to buy it and destroy it. And Linda felt that Mrs. Ramos would hound her and offer her money until she wouldn’t be able to resist the amount and give in. But what would happen to the dress then? Linda thought carefully until she came up with a plan.

“Okay, I’ll sell it to you…” she answered without regretfully.

‘But… I would make some alterations.’ continued Linda ‘Come to my house tomorrow and I’ll show you the changes I made. If you still want it, then, you can have it for only half the price you offered.

That dress should be good enough for Mrs. Ramos. Whatever changes Linda would do wouldn’t make any difference. She would destroy the dress anyway. The following day, Mrs. Ramos arrived at Linda’s house with the money in her purse. She was met by Linda who offered her a seat.

Mrs. Ramos, anxious to get hold of the dress spoke right away..

‘Are you sure you still want it?’ asked Linda.

‘Very well, then… But before I hand it over to you, may I know what you plan to do with it?’

Mrs. Ramos, confident that she got what she wanted, again, bitterly smiled and answered..

“I will destroy this dress..”

‘I don’t want anything that exists reminder of my daughter’s loss..’

‘But she didn’t lose. Hers was the best gown of all which means what she wore was more beautiful than the one I made…’

‘If Belen wasn’t wearing your dress, she wouldn’t be the star of the night, Nica would…’

The Ingenuity of the Dressmaker Against Rich Mistress’s pettiness

Linda looked at Mrs. Ramos and felt pity then called on to her daughter..

‘Belen, get the dress here for Mrs. Ramos to see…’

Mrs. Ramos smiled expectantly but her smile vanished when Belen showed up with a big box filled with balls and balls of white thread.

‘What happened? Where is the dress? You agreed to sell it to me…’

‘You… you destroyed it so I couldn’t buy it and destroy it myself..’

Ending Story Of The Most Beautiful Dress

‘No. I didn’t destroy it. I changed it.. When we arrived here last night, I unwound it. I undid every single stitch I made and then spun it into balls of thread which we have here now. If you still want, I would sell these balls to you. I’d use the money you would pay me to buy new balls of thread to make into a new and even more beautiful dress. I would use the leftover money to buy some food that would last us a few months. But, if you wouldn’t buy these, I would, again, use them to make another and more beautiful dress. Either way, I get to keep the dress, Mrs. Ramos..’

‘But you made it for two years.. You would spend another two years making a new dress?’

‘No, I spent two years buying enough balls of thread. But making the dress took me only a week..’

Mrs. Ramos couldn’t believe she was outsmarted by her laundrywoman..

‘Now, you decide Mrs. Ramos. would you buy these balls and let me have your money and make another dress or you don’t buy them and leave us alone and in peace?’

‘Maybe it’s about time you learn to accept that not everything can be bought, and not everything you want can be yours.. But not getting what you want doesn’t make you less of a person. So, you may leave now, and let’s forget this ever happened…’

Mrs. Ramos stood up and without a word simply left…

(Original story by the blog author.Any similarities with other stories, fiction or otherwise, are purely incidental.)

You may have missed 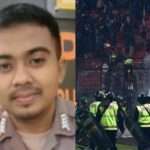 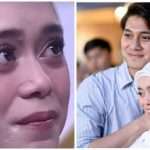 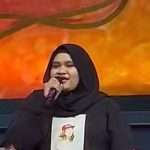 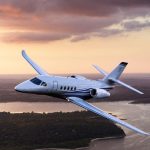 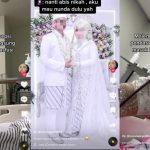